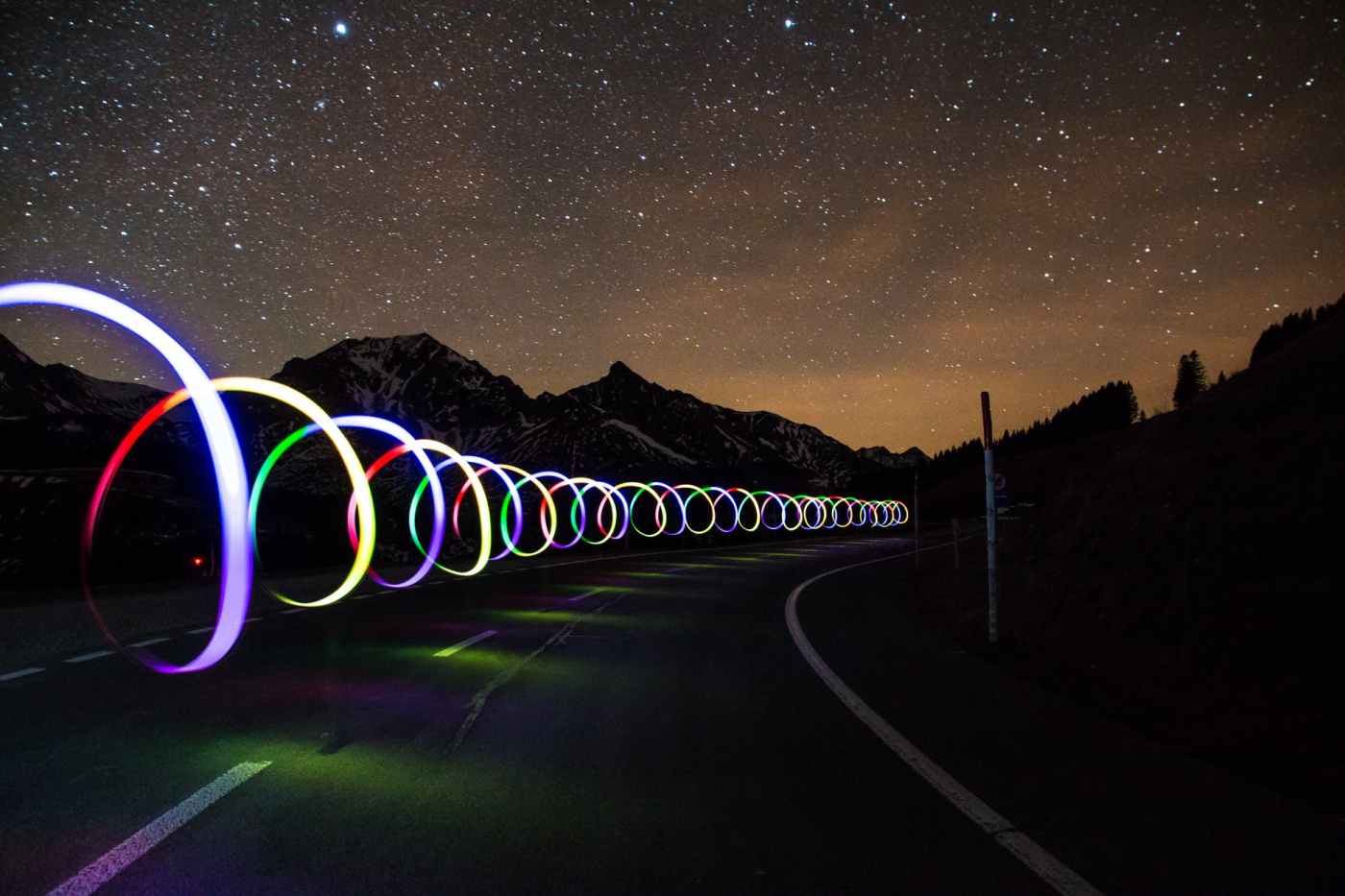 Trigger warning:  Some discussion of suicidal feelings and planning, one brief reference to methods.

Fortunately, I’m not too worried about labels, so I wasn’t upset this week when my psychologist told me that I was psychotic and retarded. I’m half joking. She was most concerned that I understood and was not upset by the words. As it goes I do, and I’m not. I thought they were worth putting in my blog though – partly for the laugh and partly to explain them to the uninitiated. So, retarded is an easy one. When one (ie me) is clinically depressed, one moves more slowly than normal. Apparently, it is quite striking to watch. G~ aptly named this phenomenon ‘misery treacle’. I can feel a bit of that going on today. Scary. And annoying.

The psychotic is a little bit harder to explain. I’m definitely not an expert, but the gist of it is that mental illness can be divided into the neurotic (you’re nuts and you know you are) and the psychotic (you’re nuts and you don’t know you are). I hover, at times, in the borderland between the two. Interestingly, I’m still perfectly able to recognise psychoses in others. I can listen to someone telling me that people are sneaking into their flat while they’re out and doing their laundry and think, ‘yep, you’re bonkers’. My own psychosis though………..I’m not so sure. For those of you kind and brave (and unlucky) enough to have walked with me through some very dark periods, the following argument may seem familiar. I think I’m already dead. Okay, I know my body is alive (I’m not stupid, after all), but the essence of what makes me ‘me’ is gone. My psyche, my soul, my consciousness, whatever you want to call it. I believed she was dead and not coming back. I knew, to an extent, that I was dealing in metaphors. However, one could argue that as reality is really only our perception of what is happening in the world, and as no one else could perceive my soul, then I was ‘right’ and no one could prove otherwise. Therefore killing myself was merely the ending of my physical shell and nothing to be upset about. Which proves what?………….That I’m still clever even when I’m nuts. Great. On the bright side, I’m not psychotic all of the time, only when I’m depressed. These days, I mostly wrestle with the bigger questions. Like why would the college buy magnetic board rubbers, but non-magnetic white boards? That one is going to keep me awake tonight.

Anyway. This leads me on to my story. M~ and I were discussing this particularly hilarious series of events the other night when we went for a drink. He suggested we make a short comedy film of this, but I thought I’d just settle for writing about it here. To set the scene, it is February (ish) this year and I am psychotically depressed. I’ve gone to stay with G~ in Wales. It’s a bad, bad day. I recall trying to write my suicide notes. I’d done a general, all-purpose one, but was really struggling to write a special one for my Mum (I felt she deserved at least that much). I was distraught. I didn’t know how to explain it to her. I telephoned a mental health helpline for advice. We talked for quite a while. All I can remember is the woman I spoke to saying “Well, if it is that distressing, why don’t you stop doing it and do something else instead?” Absolute genius. Seriously. Suddenly, I felt better. She was right, I could just choose to stop. So I did. But, what to do instead? I decided on a three-point plan for the afternoon. I would phone my friend and colleague E~ at work for a chat; then clean G~s bathroom (it’s not filthy or anything, I just thought it would be a nice surprise for her); then go out and buy food and cook dinner for us.

I don’t recall the exact details of my chat with E~, but in my head at least, I phoned up in a calm and cheerful state to inform her that I was unwell. To tell her that I wouldn’t be returning to work on Monday & that when I did get home from Wales, I needed to admit myself into psychiatric care. I may also have casually pointed out that otherwise, I might kill myself. It seemed deeply important to tell her this while I was experiencing a brief period of lucidity. In my mind, that was a completely okay thing to say and absolutely wouldn’t upset anyone. Obviously, this is total bollocks.

A few minutes later (it seemed really quick, I’m not sure how long it actually was…..depression does that) my phone rang. It was my line manager (F~) from work. I was completely non-plussed. Why was she telephoning? She asked me if I’d taken an overdose. ‘Of course not!’, I said, horrified. Why would I do that? Apart from the fact that it is not my chosen method, it was only Thursday, and I had clearly stated I wasn’t going to kill myself until next week. What followed was one of the more surreal conversations I’ve ever had. The phone was being passed between several of my friends/colleagues/managers (who were over 100 miles away). They kept asking me questions about where I was, wanting to know the address. I couldn’t understand why at first…… then light began to dawn. There was not a snowflake in hell’s chance I was telling them where I was. They kept cajoling. I kept refusing (politely, I hope). Eventually they put me on to M~. I recall demanding that he took me off speaker phone, now that I knew what was happening. His opening line to me, I will never, ever forget….. “It’s too late to Dead Man’s Curve OFSTED, you know.” For the uninitiated, Dead Man’s Curve is a film where students fake the suicide of their room-mates by murdering them, in order to get an automatic top grade on their exams. M~ and I had previously joked that if I killed myself, the same might apply to the department’s OFSTED rating.

The conversation went on for a while, before G~ (my best, and most-long suffering friend) burst through her own front door looking completely traumatised and basically forced diazepam down my throat. Again, I was thrown. Why was she home early? Why was she upset? Why was she trying to sedate me?…….. I’m sure that everyone else has already figured out that my clever, kind, patient, lovely colleagues had been keeping me talking whilst they tracked her down, got her address and sent both the police and her flying to her house.

Which is why, some ten minutes later, I was sat on the sofa, heavily-sedated-but-trying-to-appear-competent, offering hot chocolate (with marshmallows) to two very nice police officers. Incidentally, I would like to say, that the police were awesome that day. They listened. They understood. They were calm. I’m also given to understand that one of them reads this blog….. So, if you are reading this, I just want to say ‘thank you’.

There are a few more twists and turns to tell before I finally ended up back in psychiatric care, but they will keep for another day. For now, I just want to say a couple more things.
Mostly, I want to say thank you to E~ (especially E~, you have spent so many hours listening to me, and have helped me more than you can imagine), M~, J~ and F~ who did everything in their power that day to keep me safe. You all displayed so much patience, far more than I deserved. I am so touched by your kindness ….. I don’t really have the words I need. F~ even offered to drive the 8 hour round trip to collect me and bring me home. Apparently M~’s comment on this was “F*cking hell F~, she’s already suicidal, 8 hours in a car with you will finish her off.” Of course, it has to be M~ that gets the final mention, for his ever-present pragmatism. When he was asked to finish his class early in order to speak to me and track down my whereabouts, his comment was “I don’t really see what the rush is, she said she’s not going to kill herself until Monday.” M~, you are a total git & I am so glad to have you are my friend.